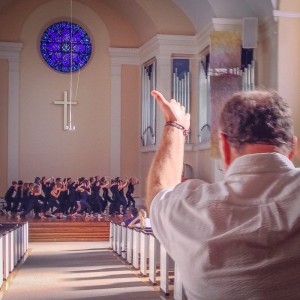 On Friday March 27, Piedmont East Bay Children’s Choir presented their Contemporary Concert in Berkeley.  The top performing group from PEBCC, Ensemble, will join Volti in performances of Pandora’s Gift in May.   On Friday night Ensemble performed Ticking Time, an excerpt from the second movement of Pandora’s Gift.  This was the first time they had tried performing with the amazing movement and choreography they have been practicing with Erika Chong Shuch on a weekly basis.  The audience gave the performance a standing ovation.

We are on to something special here.  Erika has now worked with Volti in two rehearsals, and the singers are really enjoying opening up their communication channels beyond viagara cialis levitra the voice to include the face, the body, the hands … the deep connection between our humanness, the libretto of Denise Newman and the music of Mark Winges is already gripping.