Composer Mark Winges talks about the genesis of Pandora’s Gift 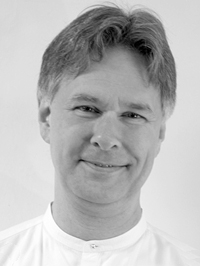 I thought I would trace the artistic background of Pandora’s Gift (to the best of my recollection, anyway) and offer some comments along the way. It is difficult to talk about something that is in progress, especially early on, when a work only exists as a set of concepts. As an analogy, I can discuss what a melody might do in a piece, but I don’t really know what it will do until I compose it. At this stage, https://www.viagrasansordonnancefr.com/ with two of the three movements in final form (as of September 2014), I believe the picture is getting clearer.

The initial impetus for the project was from an idea of Bob’s: a piece for chorus that includes movement on the part of the singers. The idea is unusual, but not unprecedented. Such things are more frequent in the choral world now than they have been in recent decades. Part of this trend’s growth may be the increasing “visuality” of our culture: one no longer listens to the radio, one watches a music video. Or there are extreme examples of a reaction to this trend (which only confirms that it is a trend), such as Georg Friedrich Haas’ “In iij. Noct.”, a string quartet that is designed to be performed in complete darkness, with the players widely spaced apart and playing from memory.

But including movement in a choral work for its own sake doesn’t necessarily add to the artistic experience. The best examples of this, or at least the ones that I have seen that seem successful, include movement because movement supports the story, the artistic unfolding. So, to me, movement seems most natural in a piece where the subject matter itself suggests movement or has movement in it.

So I suggested the Pandora myth.

The story itself has movement: a world without evil in it → the unleashing of evil into the world → hope as the last thing in the box, a small thing but the most important thing. In experiencing the story, one has “started in one place and moved to another.”

Once Bob and I discussed the concept and decided that would be a good project for the 2014 – 15 season, we started thinking about practicalities / details:

As part of the general season planning (with Barbara Heroux and Sid Chen), Barbara mentions that the nature of this particular project might be a good fit for several grants, particularly the Gerbode/Hewlett Foundations Music Commissioning award.  Barbara will write a blog entry about this part of the process – suffice it to say for now that we got the grant — thank you, Wallace Alexander Gerbode Foundation and William and Flora Hewlett Foundation! — and therefore the scope of the piece increased to half-a-concert length. My own thinking about the piece changed at this point: a 30 minute piece is very different, conceptually, from a 12 minute piece.