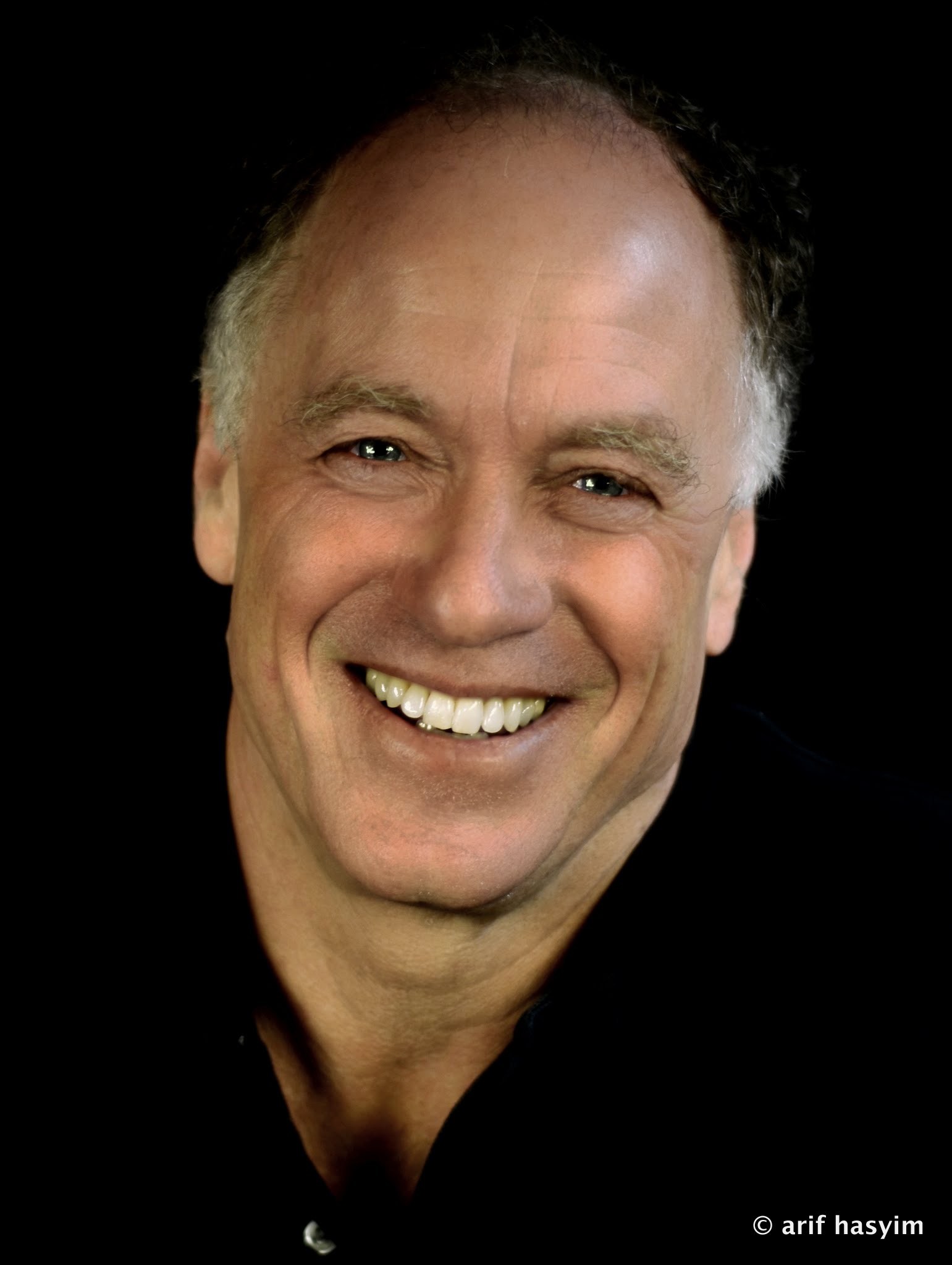 ROBERT GEARY, founding Artistic Director of Volti, the Piedmont East Bay Children’s Choir, and the Golden Gate International Choral Festival, also serves as Artistic Director of the San Francisco Choral Society. His multi-dimensional commitment to the choral arts over more than forty years has led him and his choirs to national and international prominence.  Under his direction since its founding in 1979, Volti has become recognized as one of the most important and accomplished new music ensembles in the United States.  For 37 years, until stepping down as Artistic Director in 2019, he oversaw the development of the Piedmont East Bay Children’s Choir, an innovative education and performance program whose record of success in competition is at the highest international standard.  With his guiding vision, the Golden Gate International Children’s and Youth Choral Festival has become part of the international choral environment, bringing thousands of young singers from dozens of countries to California for a thrilling series of performances and competitions.  For more than 25 years he has led the San Francisco Choral Society to a robust position as a keeper of the traditional repertoire and an innovative force in the commissioning and performance of new works for chorus and orchestra.

Recipient of awards for Outstanding Conductorial Achievement in Giessen Germany and Artistic Interpretation from the Miedzyzdroje Festival in Poland, Geary has also received the KDFC Music Educator of the Year Award and the Lois Blair Rawlings Educational Inspiration Award.

Geary has conducted first performances of nearly 200 compositions.  He has conducted in dozens of countries, served as a clinician and guest conductor in the US, Finland, Denmark and Singapore, and his choirs have been recognized in the United States by invitations to perform for the national conferences of Chorus America, the American Choral Directors Association, the Organization of American Kodaly Educators, and the College Music Society.

His choirs can be heard on recordings with many labels including Other Minds, Harmonia Mundi, Koch International, Swiss International Radio, Ablaze and Innova. They have performed for radio, television, opera, symphony and music festivals nationally and internationally. Geary also has prepared his choirs for some of the world’s leading conductors, including Helmuth Rilling, Robert Shaw, Kurt Herbert Adler, Edo de Waart, Krzysztof Penderecki, Herbert Blomstedt, Dale Warland, Kent Nagano and Michael Tilson Thomas. 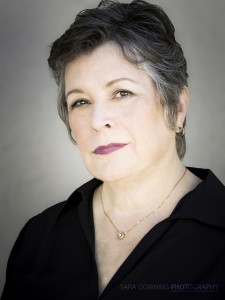 BARBARA HEROUX joined Volti as Executive Director in 2008. She became General Director/Producer of San Francisco’s Lamplighters Music Theatre in 1999, served as their Artistic Director until 2013, and remains their Artistic Director Emerita and one of their principal stage directors. She has also directed for Midsummer Mozart, Berkeley Opera, Cinnabar Opera, Livermore Valley Opera, Broadway By the Bay, Diablo Light Opera Company, 42nd Street Moon, and other Bay Area companies, and has been one of the primary writers of the Lamplighters’ annual original-book musical “Galas” for more than twenty years. She is a former staff member of the San Francisco Symphony, and has also enjoyed/endured many past lives as a paralegal, insurance broker, software startup sales manager, and advertising copywriter. Also a singer and actress, she has received four Bay Area Theatre Critics Circle awards (one each as director and performer, two as playwright), as well as awards for Best Director and Best Production at the 1995 International Gilbert & Sullivan Festival in Buxton, England. She is a graduate of The College of William and Mary in Williamsburg, Virginia.

MARK WINGES was born in Louisville, Kentucky, and currently resides in San Francisco, where he is Volti’s Composer/Advisor. He is a graduate of the College-Conservatory of Music / University of Cincinnati, San Francisco State University, and has studied at the Musikhögskolan in Stockholm, Sweden. His principal teachers have been Ellsworth Milburn, Henry Onderdonk, and Arne Mellnäs. He is the recipient of the UNESP Organ Competition Prize, the Dumler Award and has received grants from Meet the Composer, the California Arts Council and the American Music Center. He has had residencies at both the MacDowell Colony and Fundación Valparaiso (Spain).

Recent pieces include the song cycle Discover & Reveal for alto, viola and piano, which was premiered in Boston by Elizabeth Anker and his San Francisco Stopover for guitar, viola and cello, written for the Left Coast Chamber Ensemble in San Francisco. His most recent large-scale projects are Mirrors: a Concerto for Double Bass and Orchestra for bassist Michel Taddei, and pax penetralis (inner peace passing through) for the San Francisco Choral Society, Robert Geary, director.

But This Is This, a CD of his chamber music, was recently released on the Centaur label. Jason Victor Serinus, writing in SF Classical Voice notes that “The more you spend time with this music, the easier it becomes to sit back and go along for the ride.” READ REVIEW

Freed From Words, a CD of his choral music, was lauded by Amanda MacBlane of the American Music Center’s New Music Box with these words: “the choral music of San Francisco-based composer Mark Winges probes deeply into the spiritual and sonic depths of the chorus.” READ REVIEW 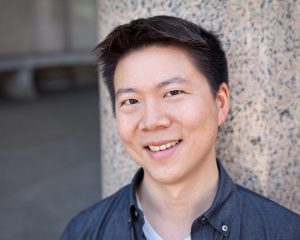 In addition to singing in Volti’s bass section since 2000, SIDNEY CHEN also serves as Artistic Advisor, adding a valuable voice to discussions on repertoire, composers, and the overall artistic vision of the ensemble.  Sidney performs with Meredith Monk and Vocal Ensemble, most recently in composer/choreographer Monk’s music-theater work On Behalf of Nature, which has been seen at the BAM Next Wave Festival (NY) and the Edinburgh International Festival, and released on ECM Records. With the San Francisco Symphony he has traveled to Carnegie Hall, premiering Monk’s chamber work Realm Variations as part of the 2012 American Mavericks Festival. In recent seasons he has performed Luciano Berio’s monumental Sinfonia for 8 voices and orchestra, toured to Denmark with San Francisco Lyric Opera’s production of David Lang’s the little match girl passion, and collaborated with the Friction Quartet on a concert of new works for vocal quartet and string quartet. In 2009 he sang in Carnegie Hall’s 45th-anniversary celebration of Terry Riley’s In C, organized by the Kronos Quartet. Recent activities include a May performance at Roulette in Brooklyn with The M6, a New York-based vocal sextet, and the premiere of Ryan Brown’s Mortal Lessons at the Switchboard Festival in June. 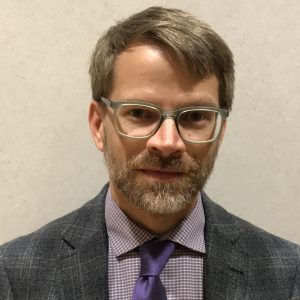 PAUL G. MCCURDY, rehearsal pianist, is a teacher, coach, and pianist for Chabot College, Sacred Heart Cathedral Preparatory, the Hamlin School, and A.C.T., as well as a frequent collaborator with Lamplighters Musical Theatre, the Oakland Gay Men’s Chorus, and the San Francisco Conservatory of Music. He studied music at the University of Georgia and holds degrees in anthropology and German. In 2014 he recorded Mozart KLAR, an album of Mozart piano sonatas. 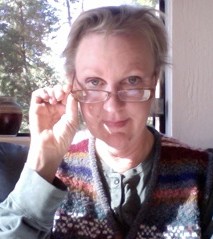 SUE BOHLIN, rehearsal pianist, enjoys a career as accompanist, freelance pianist, composer, vocal coach, and conductor. A music performance graduate of the Conservatory at University of the Pacific, she taught oboe at the National Conservatory in Mexico City and played with several orchestras. She was Music Director with George Coates Performance Works Theater for a decade, and she has toured and worked with Robert Geary’s choirs extensively since 1984. She founded and conducts the Anchor Bay Children’s Choir, and has written several pieces that have been published by Alliance Music and Santa Barbara Music.