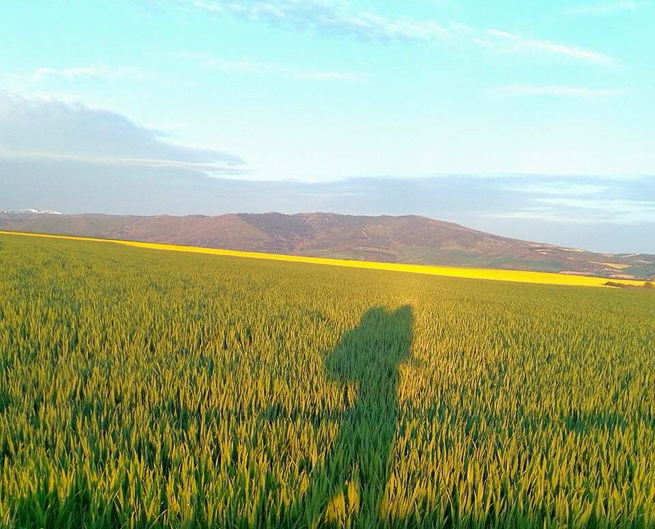 Path of Miracles is an hour-long a cappella exploration of the phenomenon of the Camino de Santiago — the ancient Catholic pilgrimage route across northern Spain to the cathedral of Santiago de Compostela in Galicia. The concert-length work, written in 2005 by British composer Joby Talbot (b. 1971), is in four movements, focusing on four locations along the path: Roncesvalles, Burgos, León and finally Santiago.

The text by Robert Dickinson includes excerpts from the medieval Codex Calixtinas, along with original material by Dickinson. Path of Miracles is variously narrative, personal, mystical, and celebrative.

Almost throughout, the choristers sing as soloists, in a texture that often requires 17 different parts. The music often reflects a medieval atmosphere, paired with a very contemporary, almost minimalistic, texture with its repeated motives underlying melodic phrases.  The use of several languages evokes the many tongues spoken by the pilgrims.

In this staged presentation, choreographed by KT Nelson and produced by ODC/Dance, the Volti singers move with the dancers and the audience throughout Grace Cathedral, simulating the journey of the pilgrimage. The performances are sold out; check ODC’s website (link above) to see if they create a waiting list or open up more seats.

This concert is SOLD OUT!