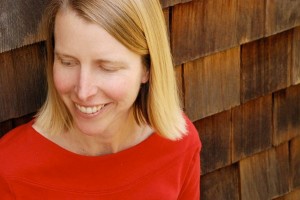 “Pandora’s Gift” is the sixth libretto I’ve written for Mark Winges and by far, the most ambitious. We’ve had a clear and efficient collaborative process from the start. We typically begin by discussing the thematic focus and general structure of a piece, and then I prepare a draft. After Mark reads the draft and identifies areas that might not work sonically, he starts to write the music, usually returning to ask that I reconsider sections that he had sensed wouldn’t work. Mark has a great ability to translate into lay terms nitty-gritty musical issues, and this accounts for our excellent communication. One of the joys of writing for composers is working within an unusual set of parameters. These limitations force me to go in new directions, as when Mark asked for a counterpoint in the second movement and I had to create another voice that went against the torrent achaten-suisse.com of destruction in “Pandora’s Gift.” It’s also a great joy to use rhyme and alliteration unabashedly, something I tend to restrain in my other writing.

A unique aspect of this libretto is that much of the middle section, when Pandora opens the box and all the calamities are unleashed on the world, is from the words and images written by the children from the Piedmont East Bay Children’s Choir. Bob generously gave up some of his rehearsal time with the children last January and I conducted a poetry workshop. We read poems by William Carlos Williams and Allen Ginsberg, and then I had them write about small and big fears, things that perhaps only they found frightening. They dove right in and wrote poignant and sonically rich poems. Each of them came up with surprising images and phrases, like, danger mind, clock of judges, c-sharp. Working with their language opened up the collaboration even more, creating a new area of surprise. I can’t wait to hear and see the singers singing their own phrases as part of the libretto and score.