Bring Volti’s “rich, warm, generous and evocative” sound into your home, your car – wherever you listen to innovative and inspiring music. All CDs are $17 ($15 + $2 for shipping within the United States — Sorry, we cannot ship outside of the US). 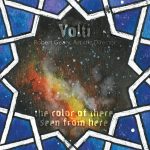 On this recording, hear new works by 5 American composers, 4 of them commissioned by Volti. First up is Forrest Pierce’s Gratitude Sutra, setting Gary Snyder’s poem “A Prayer to the Great Family.” From Tonia Ko comes From Ivory Depths, inspired by the writings of Virginia Woolf. Robin Estrada melds Western forms with Southeast Asian musical styles in Cæli Enarrant, written as a reflection on the current conflict-filled socio-political climate. Mark Winges, who has been Volti’s resident composer since 1990, contributes All Night, and the disc ends with The Blue of Distance, by Lithuanian-born composer Žibuoklė Martinaitytė. The textless, atmospheric work was inspired by Rebecca Solnit’s book A Field Guide to Getting Lost, which also provided the title of this recording.

“In each case I have returned to the album several times after having written about it. Since each album tends to involve a different collection of composers adding to the Volti repertoire, I feel as if I am “growing a new mindset” with each new album.” 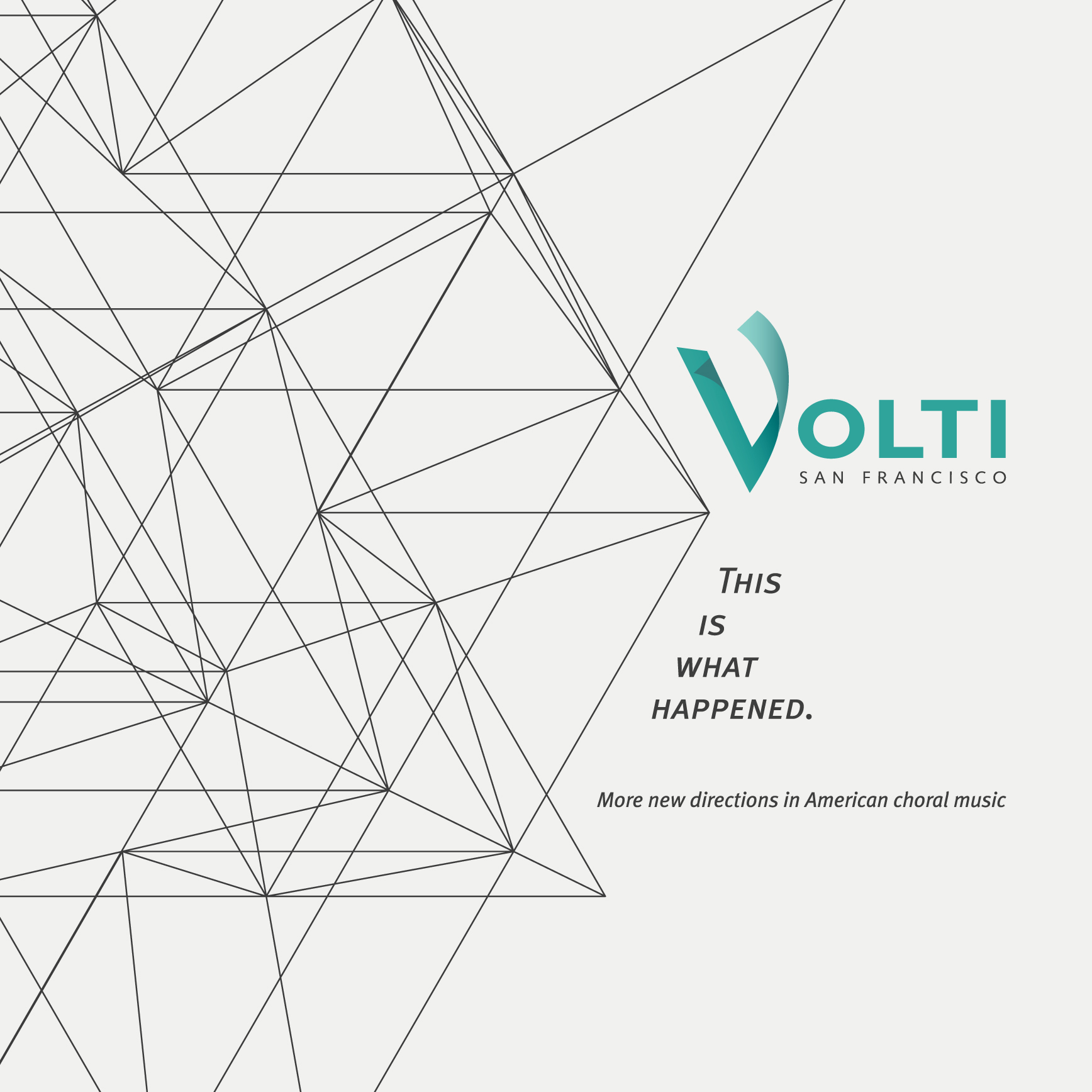 On This Is What Happened, released January 20, 2017 on the innova label, we invited five of our favorite composers to write something for us, and — this is what happened. All music on this CD was commissioned and premiered by Volti.

Opening the album is Robin Estrada’s Paghahandog, an explosion of sound from a bold and innovative Filipino-American composer who focuses on contemporary art music influenced by Asian indigenous traditions. Next, Stacy Garrop‘s Songs of Lowly Life sets four poems by Paul Laurence Dunbar, the first African-American poet and novelist to gain national and international attention, writing around the turn of the 20th century.

Volti’s resident composer, Mark Winges, contributes Canticles of Rumi, settings of five poems by the 13th-century poet and founder of Sufism. In … is knowing …, Seattle-based composer John Muehleisen creates a musical analogy to Gertrude Stein’s use of language as a literary expression of what the Cubist painters were doing.

The album finishes with Shawn Crouch’s Paradise. Originally commissioned by Chanticleer in 2009, the piece was substantially revised for Volti in 2013. Paradise is based on the poems of American poet Brian Turner, an Iraq War veteran, whose moving accounts of the war are set alongside the poetry of the 12th Century Persian poet Hafez. 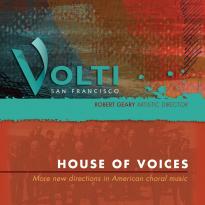 On House of Voices, we introduce six 21st-century works from American composers of dazzling range and diversity. These are all first-time recordings of new music by Yu-Hui Chang, Donald Crockett, Ted Hearne, Eric Moe, Wayne Peterson and Mark Winges. All music on this CD was premiered by Volti.

The program opens with Yu-Hui Chang’s Being: Two Collins Songs, wherein the composer sets two very different poems by former US poet laureate Billy Collins. The playful Shoveling Snow with Buddha contrasts with the meditative The Night House, from whose text the album draws its name. Next is Ted Hearne’s privilege, a 5-movement rumination on the inequities of contemporary life which weaves together his own texts, portions of a Bill Moyers interview of David Simon (creator of HBO’s The Wire) and a South African anti-Apartheid protest song. Hearne composed privilege for us under our Choral Arts Laboratory program for young American composers. Donald Crockett then takes us to the vast expanses of Tuva (near Mongolia) for a sonic portrait of the nomadic tribes still living much as their ancestors have for centuries in the haunting Daglarym/My Mountains.

Eric Moe sets Matthea Harvey’s strange and wonderful prose poem The Crowds Cheered as Gloom Galloped Away, in which we are introduced to a world where mail-order antidepressant medication comes packaged with six tiny ponies who are tasked with trotting away with your sadness. San Francisco Pulitzer Prize-winning composer Wayne Peterson contributes the lovely Two Poems of Delmore Schwartz, and the disc finishes with a major new work by Volti’s resident composer Mark Winges, Luna, Nova Luna. Co-commissioned by Volti and the Piedmont East Bay Children’s Choir, this remarkable piece was part of a multi-year cycle of commissioning works for professional chamber choir and high-level children’s choir.

“Within the choral music world this recording might be considered crazy, heady stuff, but to these ears it is first and foremost inspiring, magnificently performed music. Virtuosic? Absolutely. If this recording doesn’t make every composer who listens to it crave to write choral music, and in particular for Volti, I don’t know what will.”
— Alexandra Gardner, New Music Box, June 19, 2012 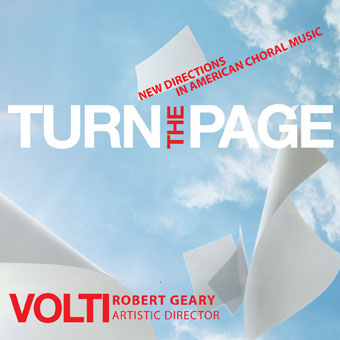 Volti, San Francisco’s 20-voice professional chamber choir, has achieved national recognition as pioneers in new vocal music: they were the first chorus to win ASCAP/Chorus America’s Adventurous Programming of Contemporary Music Award six times. This disc shows what the buzz is all about, with works by eight contemporary American composers, five of them commissioned and premiered by Volti, under its founder and artistic director Robert Geary.

Opening the disc is the first recording of all four movements of Aaron Jay Kernis’ stunning and hypnotic Ecstatic Meditations, named by the National Endowment for the Arts as an American Masterpiece of Choral Music. Also featured is the first recording of a major new work by Volti’s resident composer Mark Winges, Open the Book of What Happened (2005). Other never-before-recorded Volti commissions include Kurt Rohde’s Endless, a six-part setting of luminous, elliptical poetry by Jakob Stein (2007); Gabriela Lena Frank’s startling, rhythmic Ccollanan Maria!, a multicultural mix of traditional Catholic imagery with ancient Incan ritual (2004); two of Stacy Garrop’s Sonnets of Beauty and Music, part of her project to set 23 sonnets of Edna St. Vincent Millay (2006); and Eric Moe’s O the Flesh is Hot but the Heart is Cold (2005) – about which all we can say is that any piece of music based on a poem titled “Baked Alaska: a Theory of” just begs to be tasted.

Rounding out the generous collection of over 75 minutes of music are Ronald Caltabiano’s Metaphor (1994) (settings of three short poems – one each by Blake, Donne and Whitman – in playful comparisons of the behavior of insects to that of humans) and the “ancient,” by Volti’s standards, Two Motets of William Hawley (written way back in 1981, but too gorgeous not to be included here).

“The performances here are buoyant and transparent enough to let the texts and contrapuntal workings of the music shine through, yet they boast a weighty charge that speaks of serious attention to the task at hand.”
— Joshua Kosman, San Francisco Chronicle
Read the Full Review

For nearly all of its existence, Volti has consistently championed the newest and most exciting choral works by living composers from around the world. Many of the works Volti presents are written especially for them, and are being heard for the first time. Audience members frequently ask how they can get their hands on a recording of this rare and stimulating music. This CD of live, unedited performances, a compilation of some of our favorite music from the seasons preceding Volti’s 25th anniversary, is the answer. This disc exemplifies the next generation of vocal music and the spirit of adventure, renewal, and joy that Volti is known for. Open your mind, your ears, and enjoy!

“The standards that conductor Robert Geary meets are as high as the most persnickety listener could want, and the sense of liveness, the presence and excitement, is clear. It is hard to tell where engineered-controlled recording would be an improvement.”
— Robert Commanday, Editor-in-Chief, SF Classical Voice
Read the Full Review 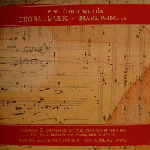 Mark Winges has continuously explored the boundaries of the choral art, and the pieces on this exciting CD revel in the pure joy of vocal sound. Featuring Volti, the Piedmont Choirs, and pianist Sue Bohlin, under the direction of Robert Geary.

“Whether he is using the lean vocal texts of Haiku or simple phonemes, the choral music of composer Mark Winges probes deeply into the spiritual and sonic depths of the chorus.”
— Amanda MacBlane, New Music Box