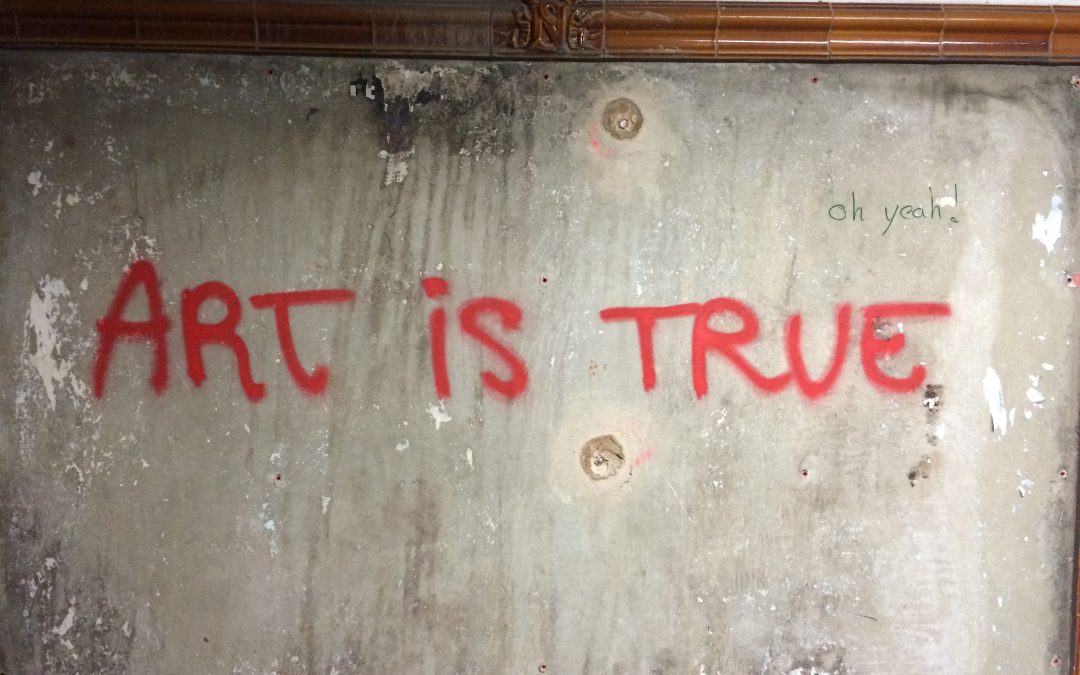 “Graffiti Canons” was inspired by graffiti images (as the title implies). It is particularly effective to listen to it while watching the accompanying slide show (YouTube link below). Volti “discovered” Robert Paterson when he was our young composer in residence under the Choral Arts Lab program in the 2004/2005 season. He has written several pieces for us since, most recently “Graffiti Canons” in 2016. We are planning a recording project with Rob when we are able to get together in a rehearsal hall and recording studio again.

Described by the press as “a modern day master” (AXS.com) and the “highlight of the program” (The New York Times), Robert Paterson has won awards for his music in virtually every classical genre. The Classical Recording Foundation at Carnegie’s Weill Hall named Paterson Composer of The Year in 2011, and his music has been on the Grammy ballot for the past six seasons. His works have appeared on National Public Radio’s Best of the Year lists for classical music and regularly appear on radio playlists across the United States. https://robertpaterson.com

Although I have based many choral works on settings of poems, I also enjoy setting unusual texts. In many ways. graffiti is ideal as a source of inspiration. It is unpretentious, extremely varied and can be found almost anywhere: under bridges, in alleyways, on the sides of vans, in subway stations, and even in bathroom stalls. It may be illegal or sanctioned, artistic, text based, aphoristic, philosophical or purely graphic. It can be humorous, innocent and childlike, or very serious and meant to provoke. Graffiti may be of our time or ancient. Certain cave paintings, for example, could be considered predecessors to modern graffiti. Through graffiti, gangs, tribes or individuals can hide behind anonymity; it is the voice of the voiceless.

In “Graffiti Canons,” I appropriate positive aphoristic sayings, sentences and phrases found in graffiti from various parts of the world. My goal is to create a musical tapestry that flows from one thought to the next and spans time and place, using canonic technique and chorale-like transitions. Although I found many of the graffiti images online, others I use in this piece were obtained via a Graffiti Photo Contest that I posted online. Approximately eighty images were submitted, and viewers were allowed to vote for their favorites, which played a part in which images were chosen. A handful of the most inspirational photos were used for this piece.

The commissioning of this work by Volti was made possible by the support of the Ann Stookey Fund for New Music.